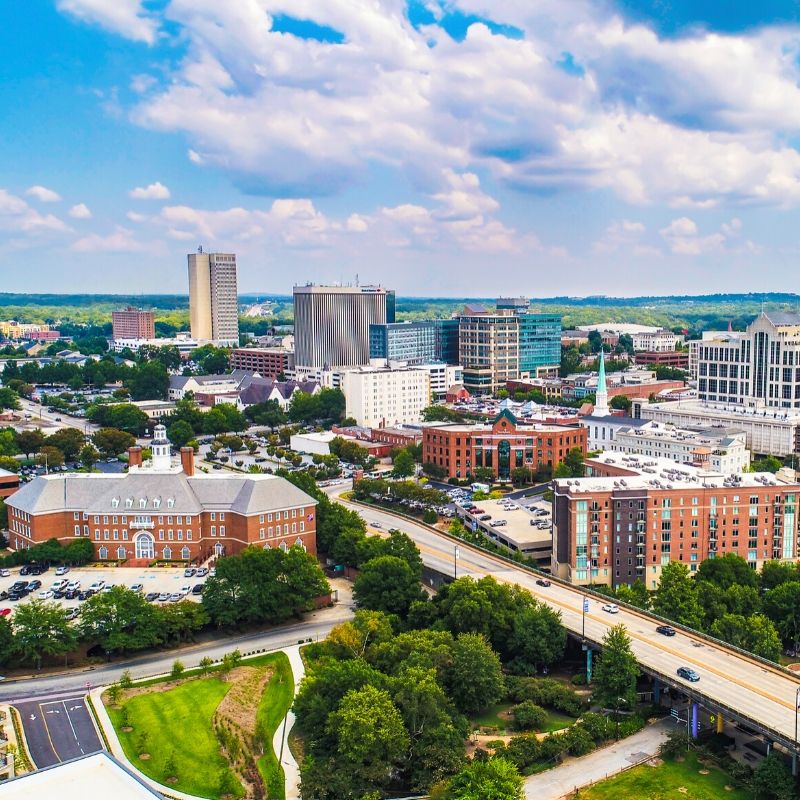 The real estate market for Greenville, SC and its surrounding cities is bustling right now.

There are major developments going on in the areas of Mauldin, Greer, Downtown Greenville, and Simpsonville.

Here are a few tips on the real estate growth for each area:

Mauldin’s residential growth in most recent years has a steady at the $6 million to $8 million mark. The greatest growth has been in commercial. which has more than doubled from 9.7 million to 25 million.

A few of the biggest developments include:

Anyone Home’s new operations center, also on Brookfield Parkway, a $1.1 million investment that created 570 jobs in 2017.

An Urban Village with at least 1 million square feet of new apartments, offices, shopping, dining, lodging, and entertainment, including a public park with an amphitheater. The project would entail a new street grid and multiple new buildings on about 40 acres. Costs $100 million in development.

The historic former Burdette Hardware building at the corner of East Curtis and South East Main streets, downtown Simpsonville, is getting new life as a roughly 27,000-square-foot redeveloped restaurant and retail hub that will include Sidewall Pizza, Kaffeine Coffee Shop, and Roastery. There will also be five additional restaurants or retail users, include an outdoor patio and beer garden, and include potential office use in the 9,600-square-foot second floor.

Greenville County Square – $1 Billion Dollar redevelopment is the Largest redevelopment plan in Greenville’s History! This will include a 34.7 acre site on University Ridge to build apartments, stores, hotels, and offices.

Unity Park –  This development is on 64 acres of land that is just west of downtown Greenville and is bounded by Washington, Hudson, and Mayberry streets and the Norfolk Southern RailRoad line. The cost to develop is around $73 Million dollars!

We are fortunate to live in such a great city with growth in all surrounding areas!

If you have questions about the local real estate marketing in Greenville, SC and surrounding areas, contact me today. Our Agents are Here to Help